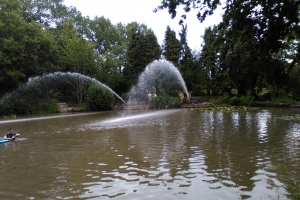 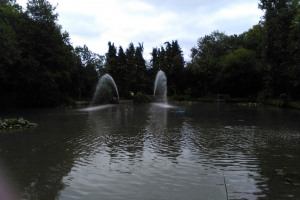 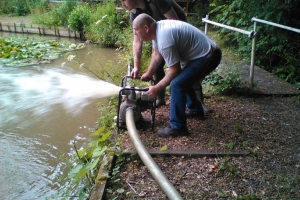 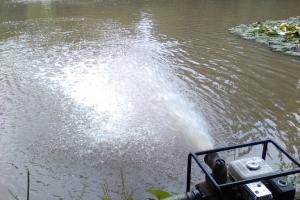 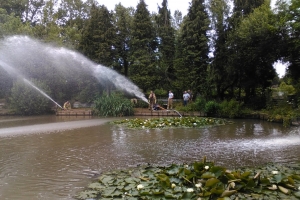 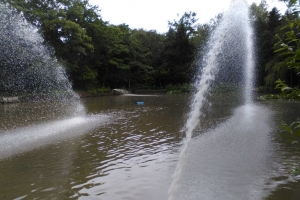 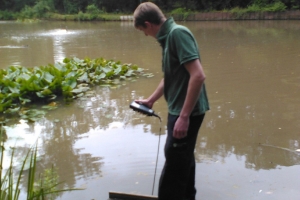 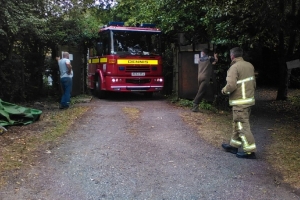 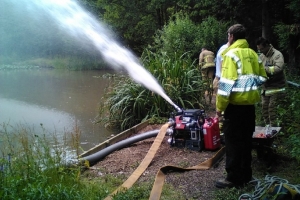 Thanks must go out to Don Crucifix and his Son after arriving early on Sunday morning to do further swim work at Shepherds Way. He saw that fish were in distress on the small lake and set the following sequences into action after contacting the Secretary.

The EA were notified at 07.30 and logged the report, Dave Porter drove down and witnessed fish in distress or dead, fry were struggling all across the lake and obviously this was a worrying sight. Further calls were made, this time to the Fire Brigade, requesting their assistance with pumps to re oxygenate the water. Unfortunately there was a large fire in Barnet, so crews were tied up.

George Horne (On Call EA Officer) arrived before 9.00 and proceeded to record oxygen levels, the readings were to say the least very worrying. Many recordings were taken around the lake with readings varying from 4% to 12% oxygen. We were informed that anything below 50% would give cause for concern and the levels we were experiencing classed this at the highest category 1 danger level.

Don brought down our own pump and that was set up, but much more was needed to avoid a major fish kill.

Shortly after this the Fire Brigade arrived from Kings Langley fire station with a most obliging crew who stayed with their pumps fully on for 4 1⁄2 hours. Further recordings were taken and levels began to rise eventually reaching the 50% plus level and a major fish loss was averted.

We have been strongly advised by the EA to keep the small lake closed for a while to take any further pressure off the fish and we will monitor this situation closely.

The Club would like to pass on special thanks to Don and his Son, George Horne EA, who stayed much longer than he should have done and of course the crew from Kings Langley, all were rewarded with tea, sandwiches and biscuits.

The Club is also to send the Fire station two complimentary tickets for this season, with our sincere thanks.

We would also ask members visiting Shepherds Way to keep a close eye on the lakes and report any further instances as soon as possible to the EA emergency number. 0800 80 70 60